It’s inevitable in group life where your small group becomes an even smaller group. Regardless of how you feel about the perfect group size (mine is 8-12), there will be those group meetings when you realize it’s just going to be you and 2-3 other people. In my experience, this happens most often in the early stages of group life, before routines have been established and relationships have been forged.

I’m in the habit of texting the group a day before group with the time, location, and topic. I do this for multiple reasons, but mostly to get an idea of who I should expect and to prompt everyone to prepare. Still, there are those times when it’s just my wife and I and another couple. Here are a few tips for those nights when your small group becomes a much smaller group.

First, I never cancel group because of attendance—even if we’re not expecting anyone, we still go through the motions and use the time for prayer or for a media-free time. I’ve been in groups where group is cancelled for low attendance, and I get it. But my recommendation is not to do this because it establishes an unhealthy practice—and maybe even incentivizes less-than-committed group members.

Second, while we never cancel group due to low attendance, there have been times when we’ve invited the lone couple to coffee or dinner. There’s no pretense in this, nor do I feel like I’ve got to “sneak in” a small group-like discussion into the main course or prayer requests with our coffee. It’s just dinner out with friends. This is a good way to “do life” with your group in an unplanned and serendipitous way. Even though I don’t feel the pressure to run through the teaching I’ve prepared, I do want to be open and even encourage biblical truth, God’s redemptive ways, and how God may be at work in our lives as a significant part of the conversation.

Third, when our group becomes a group 4 or 5, sometimes I forego the planned lesson in lieu of an open-ended discussion on one of the seminal texts of the Bible, such as the Sermon on the Mount, Isaiah 55, or Romans 8. The converse of this is I draw from a profound, yet more obscure, text that I’ve discovered in my own devotional time and introduce it to the group with a few questions very broad in nature. This does a couple of things. Because the time isn’t thoroughly planned, it somehow gives more ownership to the group. I’ve also noticed that this gives the group a measure of unpredictability that adds a little intrigue to our time. This doesn’t necessarily have to be a formal presentation, but you need to have a few questions in mind and have a decent idea about what direction you would like the discussion to go.

Yes, low attendance can be disappointing—I’d be less than honest if I didn’t admit to times of discouragement. But don’t be too disheartened. I’ve learned that using these approaches and remaining consistent eventually leads to a solid group dynamic. It’s up to the leader to set the right example of consistency. 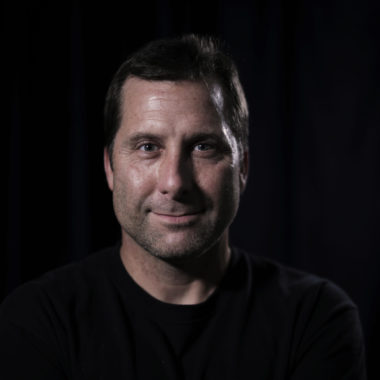