One of the great blessings of Christian community is the depth of relationships that we experience. People I have been in small groups with have supported me through some of the toughest seasons of life—helped my wife and I move four times, provided meals for us when I came down with the flu for a week, supported us when my wife was recovering from the birth of our daughter. During a recent health scare, the amount of prayers that poured in through text messages, phone calls, and emails from people I live in community with was simply astounding. In community, I have seen the Scriptures come alive to people in such a way that families and lives are changed to the glory of Christ. I believe Christian community is so valuable because I have felt and experienced the value when I needed it the most.

When we experience these benefits, our natural inclination is to dig deep and hunker down. Relationships of this depth are hard to move beyond. And that’s a good thing! That means we are embodying the type of Christian community we find in places like Acts 2:42-47. Men and women connected to Christ and devoted to each other. However, the person we don’t spend a lot of time thinking about is the person who is not there because he or she isn’t connected to a small group.

According to Dr. Thom Rainer, people who become involved in a group in a church are five times more likely to still be plugged in five years later. Small groups make a significant impact on long-term discipleship. We should want to see people find the same type of support, grace, and encouragement we have found in Christian community. To accomplish this, we must begin to value the people who are not there as much as the people who are.

Leaving groups to start new ones is hard. Once we have put in the hard work of fostering community, who would want to leave? To see the value of new groups, let’s turn to the first small groups that ever existed in the Book of Acts. In his history of the early church, Luke regularly provides us with status reports to let us know how things are going. We first find these reports in Acts 2:47 and 5:14 where Luke describes how the Lord “added” to their number. Yet when we get to Acts 6:7 we see the same idea but with one critical difference: “So the preaching about God flourished, the number of the disciples in Jerusalem multiplied greatly, and a large group of priests became obedient to the faith” (Acts 6:7, HCSB).

The difference is the word multiplied, which is a different word both in English and in the original language of the New Testament. Added means “an incremental addition.” This is what happens when we stay in our same groups and continue to accept more and more people. Multiplied refers to exponential growth, meaning the disciples were making disciples who were making disciples and the church exploded.

Some of us have become so comfortable in our own group that we cannot imagine leaving, but starting new groups breaks down barriers because it places new people on equal footing—the group is new, so everyone is new. Starting new groups fulfills the Great Commission mandate to “make disciples” (Matt. 28:19-20) by providing new avenues for disciples to be made.

If you want to create a culture of disciple-making in your church, the best way to accomplish this goal is to focus on multiplying the number of groups instead of increasing the number of people in groups. Take your groups and start to multiply for the glory of God in your community and in all nations!

Reid Patton is a Content Editor for the Custom Content Team at Lifeway Christian Resources, where he produces biblical small group studies for Discipleship In Context and SmallGroup.com. He is the thankful husband of Kristen and proud father of Ceile and serves with the Life Group leadership team at the Church at Station Hill in Spring Hill, Tennessee. In his free time, Reid likes reading and going to record stores. You can find him on Twitter @jreidpatton. 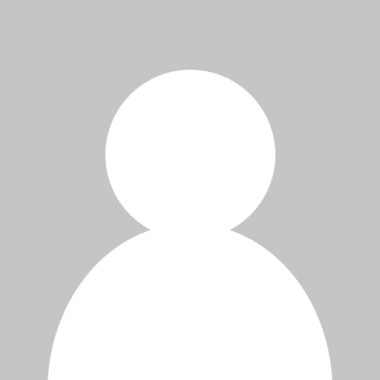